Determining ownership of the mineral estate can be a complicated proposition, which is only made thornier by the institution of marriage. The State of Texas is a community property jurisdiction in which ownership is characterized by both the nature of the property in question and the timing of its acquisition by the spouses.

Under the Texas Family Code, marital property is characterized as either community or separate property. Community property consists of any property, other than separate property, acquired by either or both spouses during the marriage. Tex. Fam. Code Ann. § 3.002 (West 2006). Separate property consists of (i) any property owned or claimed by one spouse prior to the marriage; (ii) any property acquired by a spouse during the marriage by gift, devise, or descent; and (iii) personal injury recoveries sustained during marriage, except for loss of earning capacity during marriage. Id. § 3.001. The character of most forms of property is determined at the time a spouse first acquires rights in the property—the inception of title. In re Marriage of Morris, 123 S.W.3d 864, 871 (Tex. App.—Texarkana 2003, no pet.). When real property is acquired under a contract for deed or installment contract, the inception of title relates back to the time the contract was executed, not the time when legal title is conveyed. Wilkerson v. Wilkerson, 992 S.W.2d 719, 722 (Tex. App.—Austin 1999, no pet.). Any subsequent enhancement of the property by either spouse will generally not alter its character as community or separate property, although such enhancement may lead to a valid claim for reimbursement. Cone v. Cone, 266 S.W.2d 480, 483 (Tex. Civ. App.—Amarillo 1953, writ dism’d).

A. Mineral Interests and Lease Execution

Under Texas law, minerals in place are considered real property prior to extraction, generally subject to the same rules of characterization as the surface estate. Norris v. Vaughan, 260 S.W.2d 676, 679 (Tex. 1953). Minerals in place owned by a spouse before marriage or acquired by a spouse during the marriage by gift, devise, or descent constitute that spouse’s separate property. All other minerals acquired during marriage are presumptively community property.

Oil and gas interests in Texas are governed by the ownership-in-place doctrine, whereby these inherently fugacious minerals are treated as possessory subparts of the fee simple estate, subject to the rule of capture. Under the ownership-in-place doctrine, a landowner vested with full fee simple title to the land may extract and capture migratory minerals such as oil and gas, which become personal property once produced. In order for a lessee to effectively lease the rights to explore for and produce oil and gas, it is necessary to obtain a lease executed by (i) the spouse vested with the separate property interest in the case of separate property ownership; (ii) both spouses in the case of joint management community property; or (iii) the spouse with the right of sole management in the case of sole management community property. The issue of sole or joint management is generally determined by whether title was taken in the names of both spouses or one spouse, with title taken in the name of both spouses being considered joint management and title taken in the name of one spouse being considered sole management community property. Additionally, in the event the mineral estate has not been severed from the surface estate, which may be claimed as homestead, it is imperative that the lease be executed by both spouses, as such a lease is voidable so long as the homestead claim exists.

Bonus payments and delay rentals paid under an oil and gas lease differ in characterization regardless of whether or not the leased lands constitute the separate property of either spouse or community property. Bennet v. Scofield, 170 F.2d 887, 889 (5th Circ. 1948). A bonus is simply defined as an advance royalty or consideration paid to the lessor in order to secure the right for a lessee to explore and develop the lands for the extraction of minerals. Id. This payment is the initial consideration for production and is considered a sale of the corpus of the asset. Therefore, if an oil and gas lease exclusively covers the separate property of one spouse, then the bonus paid for that lease remains the spouse’s separate property. Id.

Unlike bonus payments, delay rentals are not contingent on the extraction of minerals. They are payments to delay the production of oil and gas while maintaining the lease. McGarraugh v. McGarraugh, 177 S.W.2d 296 (Tex. Civ. App.—Amarillo 1943, writ dism’d).Since delay rentals accrue merely by the lapse of time and do not exhaust the corpus of the land (the oil and gas), even if an oil and gas lease exclusively covers a spouse’s separate property, delay rentals paid under the lease become the community property of both spouses. Id. at 300; Lessing v. Russek, 234 S.W.2d 891 (Tex. Civ. App.—Austin 1950, writ ref’d n.r.e.).

As noted above, the inception of title rule impresses the characterization of an asset at the time of its acquisition. Morris, S.W.3d at 871. The same rule generally applies to mineral and working interests. Norris, 260 S.W.2d at 681; In re Marriage of Read, 634 S.W.2d 343 (Tex. App.—Amarillo 1982, writ dism’d). Production and sale of oil and gas is considered to be equivalent to a piecemeal sale of the corpus of the separate estate, and funds acquired through a sale of separate corpus, if sufficiently traced, will remain separate property, even if the separate property undergoes mutations and changes (i.e., from physical minerals produced into proceeds).  Norris, 260 S.W.2d at 495. If a working interest is acquired as community property, but one spouse’s separate property funds are used to develop oil and gas interests on the community property estate, the profits earned will remain community property; however, the separate estate will have a claim of reimbursement for funds expended on behalf of the community. Read, 634 S.W.2d at 346.

Based upon the Texas Supreme Court’s discussion in Norris, however, there remains the possibility of impressing community character upon profits from produced separate property oil and gas by virtue of the sufficient use of community labor, talent, or funds in its production and sale. Norris, 260 S.W.2d at 680. In Norris, the Court acknowledged this theory’s previous application to making bricks from clay extracted from separate property, and finished lumber sawed from separate timber, exercises that involved a great deal of community effort to transmute the separate property into a new and more valuable state. The Court noted that no such community effort was expended in Norris, but gives no clarity as to what expenditure of community labor or funds would be necessary to achieve such a transmutation, other than noting that “reasonable control and management” necessary to preserve the separate estate and put it to productive use would not be sufficient.

When analyzing legal issues concerning the characterization of oil and gas assets in Texas, it is important to remember that upon the dissolution of marriage, all property possessed by either spouse is presumed to be community property. This presumption may be overcome only by clear and satisfactory evidence from a spouse, or one claiming through a spouse, which traces and clearly identifies the origins of property claimed as separate. Tarver v. Tarver, 394 S.W.2d 780, 783 (Tex. 1965). Such tracing can range from difficult to impossible, depending on the facts at hand. When the evidence shows that separate and community property have been so comingled as to defy resegregation and identification, the burden is not discharged and the statutory presumption that the entire mass is community controls its disposition. Id.

From a landman or title examiner’s point of view, Texas law is fairly clear regarding the issues most widely encountered (i.e. which parties to lease and which parties are entitled to bonus, royalty, and delay rentals). When dealing with individual self-developing mineral owners or working interest owners, if there is a doubt as to the characterization of an oil and gas asset based upon the facts presented, the most prudent course of action is to obtain an agreement by and between the spouses as to the asset’s characterization. 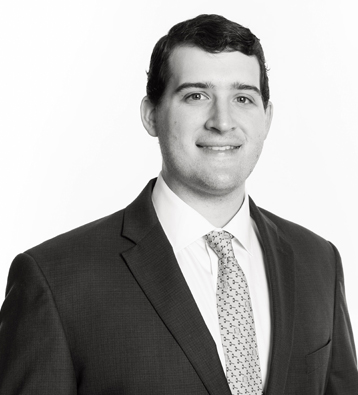