Sovereignty Over the Sovereign: Private Party Imminent Domain vs. the States

Imminent Domain and Sovereign Immunity are two important and controversial topics in any discussion of governmental authority. In re PennEast Pipeline Co. brings these topics to the forefront in the context of federalism and states’ rights. Who can sue the government? What can the government forcibly take? Can a private party forcibly take from a “sovereign” State by invoking federal legislation?

The Natural Gas Act (“NGA”), 15 U.S.C. §§ 717-717z, allows private gas companies to exercise the federal government’s power to take property by eminent domain, provided certain jurisdictional requirements are met. In re PennEast Pipeline Co., LLC, 938 F.3d 96, 99 (3d Cir. 2019). Gas companies can acquire “necessary rights-of-way” for their pipelines by eminent domain if three conditions are met: (i) the company obtained a Certificate of Public Convenience and Necessity (a “Certificate”) from the Federal Energy Regulatory Commission (“FERC”); (ii) it shows that it was unable to either acquire the property by contract or agree with the property owner about the amount to be paid; and (iii) the value of the property condemned exceeds $3,000.

PennEast Pipeline Company (“PennEast”) is scheduled to build a pipeline through Pennsylvania and New Jersey. The company obtained federal approval for the project and promptly sued pursuant to the NGA to condemn and gain immediate access to properties along the pipeline route. Forty-two of those properties are owned, at least in part, by the State of New Jersey or various arms of the State. New Jersey holds possessory interests in two of the properties and non-possessory interests in the rest, most often being easements requiring that the land be preserved for recreational, conservation, or agricultural use.

New Jersey sought dismissal of PennEast’s condemnation suits for lack of jurisdiction, citing the Eleventh Amendment to the United States Constitution, which recognizes that States enjoy sovereign immunity from suits by private parties in federal court absent the State’s consent. The District Court held that (i) PennEast’s condemnation suits are not barred by the State’s sovereign immunity; (ii) PennEast met the three requirements of the NGA, entitling it to exercise the federal government’s eminent domain power; and (iii) PennEast had satisfied the four-factor test for preliminary injunctive relief by showing that 1) there is reasonable probability of success on the merits, 2) there will be irreparable harm to the movant in the absence of relief, 3) granting the injunction will not result in greater harm to the nonmoving party, and 4) the public interest favors granting the injunction. The District Court granted PennEast orders of condemnation and preliminary injunctive relief for immediate access to the properties and the State of New Jersey appealed.

The Third Circuit Court of Appeals (the “Appellate Court”) began its analysis with a discussion of the origins of State sovereign immunity against private citizens in federal court. Prior to ratifying the United States Constitution, each of the States enjoyed immunity from suits as a fundamental element of sovereignty. The Eleventh Amendment, which states that the federal judicial power does not extend to any suit in law or equity commenced or prosecuted against one of the United States by Citizens of another State, or by Citizens or Subjects of any Foreign State, is not the source of, but merely a recognition that the States, although a union, maintain certain attributes of sovereignty, including sovereign immunity.

The Appellate Court held that although the NGA delegates the federal government’s eminent domain power, it does not (and most likely cannot) delegate its federal exemption from State sovereign immunity. PennEast argued that Congress impliedly delegated its exemption from Eleventh Amendment state sovereign immunity to private gas companies acting under the NGA, focusing on Congress’s intent to enable gas companies to build interstate gas pipelines via condemnation actions. The Appellate Court responded that it would not assume or infer that Congress intended to upend such a fundamental aspect of our constitutional design as state sovereign immunity simply because Congress was silent on the issue in the language of the statute. Further, the NGA was enacted pursuant to the commerce clause, and the commerce clause cannot be used to abrogate state sovereign immunity. See Seminole Tribe v. Florida, 517 U.S. 44 (1996).

A more detailed look at case law lends no credence to the notion that the United States can delegate the federal exemption to state sovereign immunity. The Appellate Court stated that there are meaningful differences between suits brought by the United States and those brought by private parties, namely that private parties are (i) not charged with a constitutional duty to “take care that the laws be faithfully executed,” and (ii) not subject to political accountability.

The Appellate Court noted that Congress could abrogate the sovereign immunity of the States and thereby subject the States to suits by private parties only by making its intention to do so unmistakably clear in the language of a statute, and then only pursuant to a valid exercise of federal power (such as the Fourteenth Amendment). As discussed above, the Supreme Court has held that the Commerce Clause does not represent a valid exercise of federal power sufficient to effectively abolish State sovereign immunity. To assume that the federal government possesses plenary power to do what it will with its Eleventh Amendment exemption by delegation would be to acknowledge that Congress can make an end-run around the limits the Eleventh Amendment imposes on its legislative choices.

Despite PennEast’s warning that this decision will give States unconstrained veto power over interstate pipelines, causing the industry and interstate gas pipelines to grind to a halt, the Appellate Court noted that all is not lost in that there is a work-around. Interstate gas pipelines can still proceed. New Jersey is in effect asking for an accountable federal official to file the necessary condemnation actions and then transfer the property to the natural gas company. The Appellate Court therefore vacated the District Court’s order insofar as it condemned New Jersey’s property interests and granted preliminary injunctive relief with respect to those interests, and remanded to the District Court for dismissal of the claims against New Jersey.

This case is scheduled for argument before the United States Supreme Court this month. Although I anticipate this decision will be upheld by the conservative-leaning Supreme Court, I am reminded of the wise words of my Uncle Quentin: “The less one makes declarative statements, the less apt one is to look foolish in retrospect.” In a follow-up to this post, we will analyze the Supreme Court’s take on these critical federalist issues. 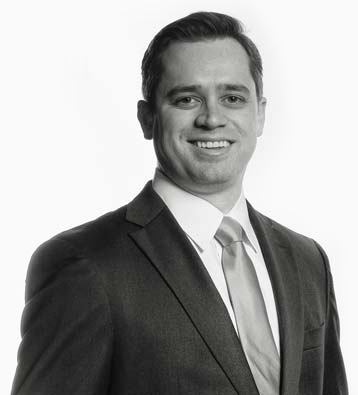